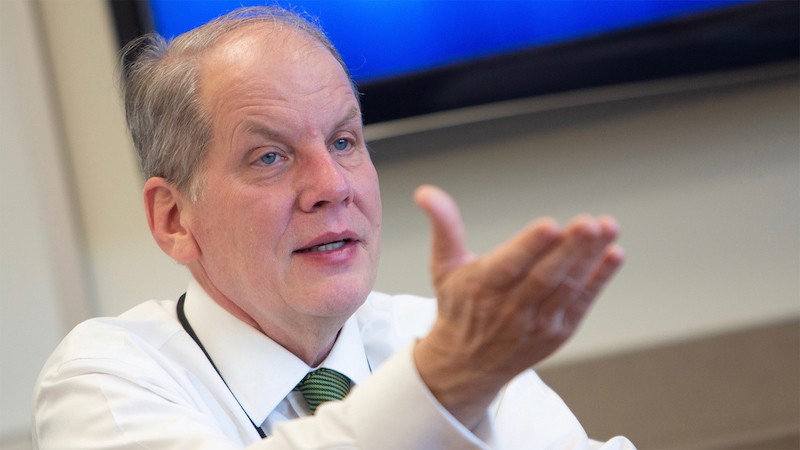 University of Florida Diabetes Institute director Mark Atkinson, Ph.D., whose founding of a biobank of pancreatic tissue 15 years ago transformed the understanding of Type 1 diabetes, has received a Distinguished Scientist Award from the Southeastern Universities Research Association, or SURA.

The award and its $5,000 honorarium are presented annually to a research scientist whose work fulfills SURA’s mission “to advance collaborative research and strengthen the scientific capabilities of its members and nation.” SURA is a nonprofit consortium of over 60 research institutions in the southern United States and the District of Columbia.

SURA recognized Atkinson “for sustained leadership and significant research contributions that have improved the lives of patients living with Type 1 diabetes” and for work to prevent the disease in those at increased risk.
Atkinson, one of the world’s most-cited researchers on Type 1 diabetes, is the fourth UF faculty member to receive the prestigious award since its inception, the most awardees for any institution in the SURA consortium. The award was presented in June.

Atkinson said being named a distinguished scientist by SURA is one of the greatest honors of his career and of special significance because it recognizes the collaborative research atmosphere at UF.

That is seen in nPOD, or the Network for Pancreatic Organ Donors with Diabetes, the world’s largest open biorepository of pancreatic tissue used in Type 1 diabetes research. UF-based nPOD has enabled more than 300 research projects by scientists in 22 countries and provided deep insight into diabetes. UF has received some $40 million in research funding tied to nPOD and, through provisions of tissues globally, supported more than $200 million in additional research worldwide.

“The spirit of collaboration is just outstanding at UF,” said Atkinson, the American Diabetes Association Eminent Scholar for Diabetes Research. “And that’s always been of the highest value to me and one of the reasons I’ve spent my career here. It’s what makes this award so special. It recognizes how the cooperative approach to science enables great advances. This is an affirmation that this philosophy is valued at UF.”

“I can share that he is, without question, the most acclaimed and noted living investigator in Type 1 diabetes research at an international level,” Norton said in his nomination letter. “When he speaks, people listen. When he writes and poses ideas, people follow them. Most importantly, when he interacts with patients and their family members, they find hope for a prevention and a cure for this disease.”

The late George Eisenbarth, M.D., Ph.D., developed a pilot program using pancreatic tissue from organ donors in diabetes research in the mid-2000s. He wanted to greatly expand the program, an idea met with intense criticism from researchers who thought the idea utterly unworkable.

Eisenbarth approached Atkinson, a professor in the UF College of Medicine’s departments of pathology, immunology and laboratory medicine, and pediatrics, “with the challenge of making the impossible possible,” Norton said.

That led to nPOD’s founding by Atkinson in 2007. The biobank collects, processes and distributes rare and precious tissues, free of charge, from organ donors with Type 1 diabetes and those at risk of developing the disease. Studies tied to the biobank have reversed long-accepted dogmas about the disease. For example, the conviction that all of the insulin-producing beta cells in the pancreas were lost shortly after the onset of Type 1 diabetes was proved false with the aid of nPOD.

Atkinson’s efforts have led to the formation of a series of additional tissue repositories related to an improved understanding not only of Type 1 diabetes, but also of Type 2 diabetes and obesity.
“Now … nPOD is the largest Type 1 diabetes research program in the world,” Norton wrote.

In Other Words with Dr. Lisa Spector, MD