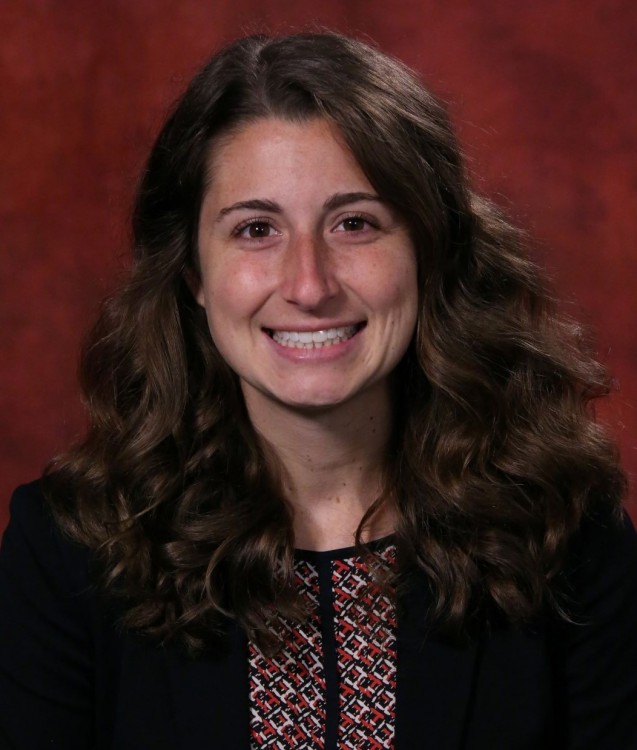 On my second day of inpatient internal medicine during my first rotation, I worry about forgetting my badge, getting lost, and upsetting my preceptor. I arrive early to review the labs and imaging of our patients for the day and then get ready to preround. First up was AN, a 51-year-old female admitted for three syncopal episodes earlier this morning. Her labs were notable for hemoglobin of 8.6 g/dl, negative troponin, D-dimer of 2.4 μg/mL. Imaging results to head and C spine CTs were negative, however the results of a CT of the abdomen were pending.

My heart races as I knock on AN’s door and enter. “Hi, my name is Jordin and I’m a third-year medical student working with your doctor today.” I state possibly overenthusiastically. “That’s my daughter’s name,” the patient states. “My name is from a character in a Tom Cruise movie,” I say quickly so I can go through my checklist of questions that I have rehearsed in my head hundreds of times as I anxiously approached my first rotation. “Cocktail,” she shouts, her face softening. “That’s the same movie that I got my other daughter’s name,” she shares, winking at the daughter at her bedside. We chat more about my mother’s and her shared love for young Tom Cruise and then we begin discussing her hospital visit.

AN and her daughter explain she was admitted after 3 syncopal episodes earlier today. Fortunately, she was not seriously injured during the episodes, but one episode happened while she was in the shower and she awoke next to shattered glass. She has been having diffuse abdominal pain and distention for the past 3 weeks. She says she’s been trying to eat healthier and was excited about her thirty-pound weight loss in the past few months. Delving deeper into her medical history, she reveals that she had a hysterectomy and bilateral oophorectomy 10 years ago for ovarian cancer. I question more about her cancer history, and what kind of follow up she received after the surgery. She cannot remember the specifics and says she called the office of the cancer treatment center about her ongoing abdominal pain, and they were not concerned.

I move on to the physical exam, paying special care not to cause too much pain to her abdomen. Cranial nerves are grossly intact. Heart sounds are regular rate and rhythm, no murmurs. Lungs have clear breath sounds, no wheezes or crackles. No cervical lymphadenopathy. Active bowel sounds. Dullness to percussion of the abdomen and diffuse tenderness to superficial palpation. No swelling to the extremities. Although animated when talking, she appears very sick.

My concern for AN grows throughout the morning as I round on the rest of my patients. Knowing what I know now, I hope I would have seen more of the red flags. However, this early into my clinical journey, I still worried about putting on my gloves smoothly, fumbling with my stethoscope, and/or stumbling over my words. Upon discussing AN’s case with my preceptor later that day, I learned the results of her abdominal CT. It showed an enhancing soft tissue mass in the lower abdomen, approximately 14cm, splaying small bowel loops and touching the bladder, with concern for gynecological malignancy. I felt like I had been blindsided, even though it was right in front of me. She had had a hysterectomy and I didn’t even consider recurrence. At that moment, I identified with AN’s daughter. In addition to being named after the same movie character, I also fear cancer recurrence in my own family members.

My preceptor and I rounded on AN later that day and shared the results with her. Her daughter had left and she was now all alone in her room. “The scan of your abdomen showed a large mass. We need to run more tests to identify what it is and how to best treat it,” my preceptor told her gently while standing at her bedside with her hand rested on AN’s shoulder, “what questions do you have for me at this time?” I expected this news to devastate her. I was devastated for her. But she did not seem surprised or emotional. She only said quietly, “I should have come in sooner.”

Over the next few days, I continued to care for AN. As I encouraged her to increase her intake, she explained to me that food was her whole family’s love language, but she currently had no appetite. I tried my best to help her feel more comfortable and admired the blankets her sister had brought in to make her hospital room feel more like home.

Later I overheard AN’s surgeon and oncologist discussing her case. They used her room number to describe her and complained about her lack of knowledge of her treatment of previous ovarian cancer. I heard murmurs of “I can’t believe she waited this long to be seen,” by various members of her care team. Sometimes we can be so consumed by other thoughts that we don’t pay attention to important details, such as the busyness of life that prevents one from prioritizing medical care. Or maybe we intentionally ignore something scary, like a symptom we fear is caused by cancer. Whatever the case may be, there are plenty of economic, social, and psychological barriers to seeking medical care. Humans have intricate tendencies that require more investigative effort than merely checking the boxes or following the outlined questions. By getting to know AN on a personal level, I was able to see her as more than a medical diagnosis. She was a sister, a wife, a mother, and a very kind woman who helped me see the value of treating patients like you would treat a family member, rather than just another patient on your list.