Often, we see the deployment of the use of incorrect gender pronouns as a distressing form of abuse against gender diverse individuals. Recently, Virginia teacher Peter Vlaming filed a lawsuit claiming that he was wrongfully fired because he refused to use a student’s correct pronouns. This student, a minor child, expressed great distress at the aggressive actions taken by this educator. Vlaming was fired specifically for his insubordination when the district compelled him to use the student’s pronouns and he refused to do so. Now, he is causing further pain to the student and their family through filing a lawsuit claiming that he was being forced to use pronouns and that amounted to acting against his religious beliefs.

This type of deliberate misgendering is patently offensive. It lacks a basic understanding of the implications of the act of “misgendering” a transgender, gender fluid, or non-binary person. Misgendering refers to calling a person by a pronoun that is not consistent with the pronouns that they have chosen for themselves. It also can be used to imply that someone is a gender that they are not. This is a dehumanizing action that has been used in a variety of ways including to reinforce gender roles, to humiliate the person to whom one is referring, or to question if a person’s biologically assigned sex “matches” the gender with which they identify.

Deliberately misgendering a transgender person is an act of psychological violence against that person, their community, and other transgender and gender diverse individuals who may read or view articles based on the Vlaming case. Psychological harm can occur when transgender folks are repeatedly misgendered, and in school environments it demonstrates to younger gender diverse people that their gender identity and self-identification are not to be respected.

Misgendering contributes to a culture in which hating and disrespecting transgender people is normalized, and this can add to the all-too-frequent violence against non-binary, gender fluid, and transgender people. Using the correct pronouns and not questioning the validity of such is an easy and respectful thing to do.

In a clinical setting, what does that look like?

Ask patients what pronouns they use. Keep in mind that a patient’s pronouns may change from visit to visit, so it’s good to be aware that you may want to ask more frequently than just once. Don’t make assumptions about pronouns based on outward appearances.

Add pronouns to staff and provider name badges. This is a simple addition that can make gender diverse patients and clients feel affirmed and welcomed.

When you make a mistake, thank the patient for the correction and keep it moving. Long explanations of why you misgendered the patient or client are not helpful and can actually make things worse for them.

All people deserve to have their gender, pronouns, and other aspects of their essential identity correctly, accurately, and respectfully used by their health care providers and others with whom they interact. It’s easier than you might think!

Jan Kaminsky, PhD, RN is the Director of Education for Rainbow Health Consulting, which works with health care providers and health-related organizations to train employees on how to better serve their LGBTQ+ clients, patients, and families. To contact or learn more about how your organization can support your LGBTQ+ patients, go to www.RainbowHealthConsulting.com or email Jan@RainbowHealthConsulting.com. 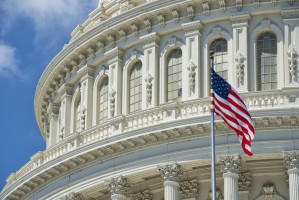 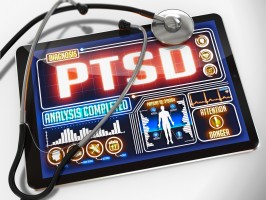